Law Firms and Social Media: Deciding On Which Sites to Engage 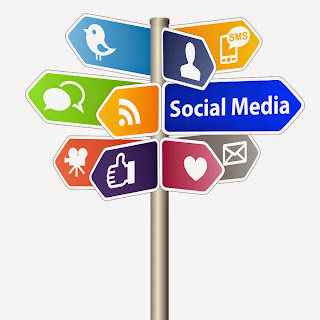 A few years ago, social media rose to the forefront as a viable marketing tool for law firms. Today, the decision to engage in such activities has become more complex, largely because there are so many more vehicles from which to choose. Hence, I thought it might be a good idea to discuss how law firms should go about the challenge of allocating resources towards this growing medium.

First, unless your organization has unlimited financial and human resources, it is important to focus on those platforms that are most likely to prove fruitful, rather than implementing initiatives in each and every one of them. This requires a true understanding of the nature of the firm’s practice areas, its target prospects and referral sources and the ways in which such targets consume media.

From our experience, by far the most effective platforms for firms engaging in B2B practices are LinkedIn and Google+ … the former for its wide network and business focus; the latter for its search engine optimization potential.  As I’ve posted before, LinkedIn offers a world of opportunity to connect with very specific target prospects – provided this effort is conducted in a disciplined manner and on a consistent basis. Google+ does likewise, but also tends to be favored in online searches because … well, because it’s a Google property.

Another good site for B2B firms is SlideShare. This platform allows you to do exactly what its name states – publish a PowerPoint presentation. Great way to convey information and/or expertise, though it’s not as popular as YouTube, nor as easy to integrate into an overall online program as some of the other social media sites.

For law firms that target the general public, it gets more complicated. Facebook is the biggest social media player of course and offers opportunities for the firm to highlight its wares. But it has also garnered a reputation as a more “chatty,” interpersonal vehicle. If your law practice is looking to start a Facebook campaign, prepare to get very creative in how legal topics can be communicated in easy-to-read, “bite-able” chunks.

Twitter has become the platform of choice for many “thought leaders” hoping to generate followers. However, if you are looking to follow suit, be prepared to spend a lot – not in dollars, but in time. That’s because the most effective Twitter efforts are those in which “tweets” are posted several times a day. If you are not going to do that, Twitter may not be the best approach to take.

Next is YouTube.  This is another platform on which being active can help your SEO. It’s also a good way for conveying more complex information and/or highlighting content that is enhanced with a visual element.  But it does take some effort and time (at least to do it right). You also must decide whether to produce material that will appeal to a large number of people (in which case you may run up against many competitors and lots of online clutter) or develop very specific content, in which case, you may reach relatively few people looking for very particular kinds of information.

And then there are Pinterest, and Instagram. I confess that I have a difficult time not associating these more with my teenage daughters than I do with the legal profession., but then again, I might have said the same thing about some of the other platforms a few years ago as well. Both sites are visually oriented, so they are more likely to benefit law firms that can take advantage of this element (IP? Fashion law? Sports law?). Pinterest is probably stronger for SEO purposes, but not very interactive. Instagram is more interactive, but has only limited SEO value.

As with every other type of marketing vehicle, each social media platform has its inherent strengths and weaknesses. Based upon its objectives and the nature of the legal service being promoted, a law practice should be frugal in how it allocates its resources. This requires being honest with itself, not in how much time/dollars it wishes to devote to such initiatives, but in how much time/dollars it actually will allocate to these activities. Our experience has been that it is far better to engage in one or a few of the most promising platforms well, before overreaching to implement a wide variety of initiatives half-heartedly.
Posted by Les Altenberg at 11:18 AM

Les Altenberg
United States
Les Altenberg is president of A.L.T. Legal Professionals Marketing Group. He brings over 20 years of experience to the challenge of helping law firms build their business. Starting his career by working at some of the nation’s largest and most prestigious marketing firms (Young & Rubicam, McCann-Erickson, Foote Cone Belding), Les founded A.L.T. Legal Professionals Marketing Group as a means for providing law firms and those who serve the legal profession with strategic insight and guidance borne out of his Madison Avenue experience. Since its founding, the agency has helped law firms nationwide obtain new clients, cross-sell existing clients and justify higher rates. An avid lecturer, Les is a member of the Legal Marketing Association of Philadelphia and sits on the Advisory Board to the Paralegal Program at Burlington County College in Mt. Laurel, New Jersey. He is the author of numerous articles on topics related to legal marketing and the challenge of achieving tangible returns on marketing investments.